DSP City cicrle Shafqat Ata told The Nation that on the order of DPO Shoaib Ashraf special task was given to City Circle Police for arrest of these culprits. DSP said four members of dacoit gang was held and police recovered five lac rupees, 5 pistols of 30 bore, one rifle of 222 bore and a 125 cc bike that had been used in dacoities. The DSP also said that gang members used to loot salesmen selling medicines on roads. 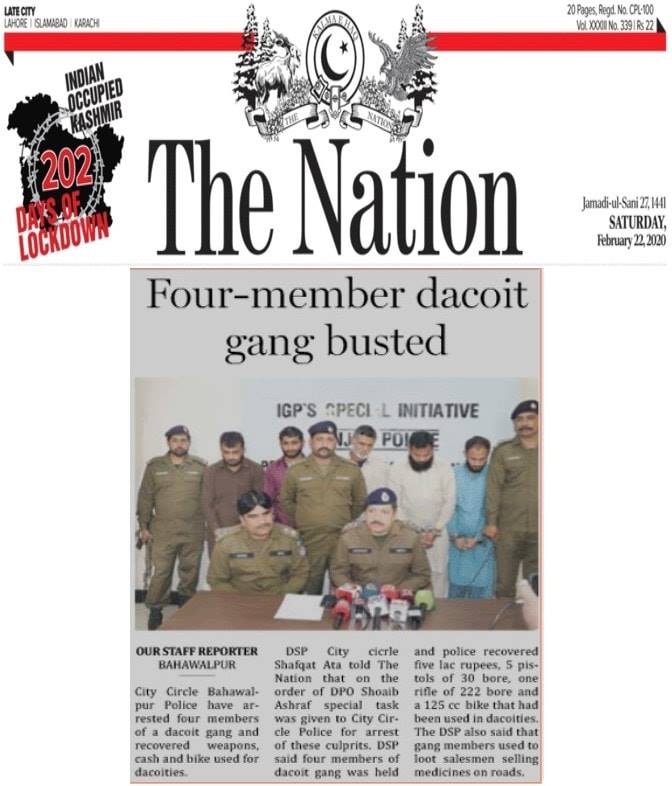