BAHAWALPUR - Bahawalpur Police have conducted a Flag March on Wednesday in wake of Ramzan and the recent situation of law and order in the country.

Speaking on the occasion, District Police Officer Bahawalpur Hassan Mushtaq Sukhera said that maintaining peace during Ramzan was the priority. He said that a security plan has been devised to maintain law and order during Ramzan. He said that miscreants would be dealt with iron hands.

Meanwhile, District Police Officer Hassan Mushtaq Sukhera while talking to The Nation, said that maintenance of law and order was the first priority and foolproof arrangements had been made in connection with Ramadan. He said that security of mosques, imambargahs, Ramzan Bazaar, Ramzan Dastar Khan and other important places had been intensified to avoid any untoward incident on the direction of the District Police Officer.

Heavy contingent of police are deployed at 477 mosques and imam bargahs across the district during Ramadan. Besides this, he said that 12 Ramadan bazaars and 10 Ramadan Dastar Khans are set up. 800 police officials from all over the district and more than 1000 private security guards, volunteers are performing their duties.

Officers and personnel are deputed for the protection of people’s lives and property. 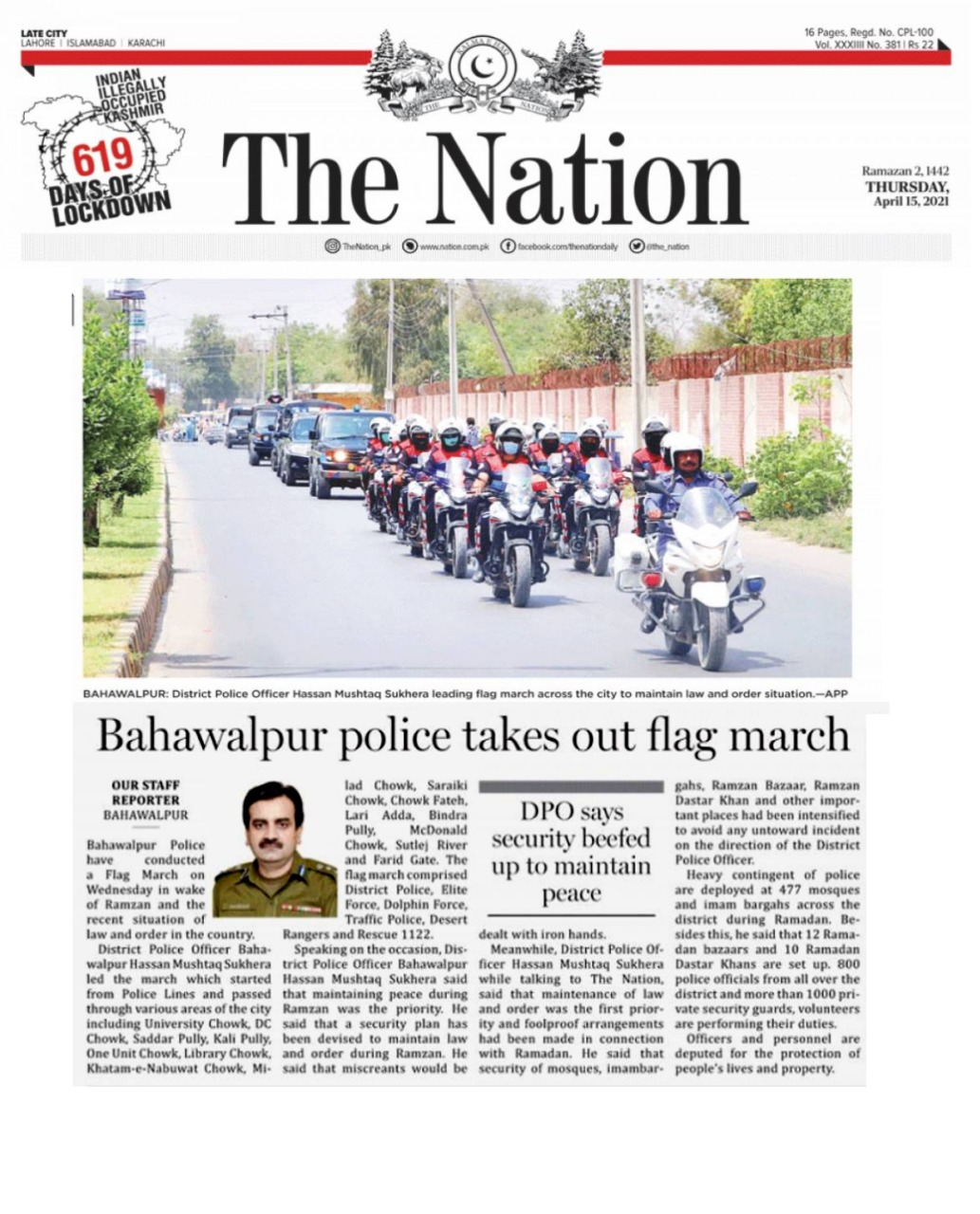