BAHAWALPUR  - DPO Muhammad Faisal Kamran chaired a meeting of the Police Prosecution Cooperation Review Committee, discussed cases against persons crimes, prosecution has a very important role in convicting the accused in cases, police and prosecution Together, they can bring criminal elements to justice DPO said.

The meeting discussed in detail the crimes against persons and the registered cases.

Speaking to the officers of the committee, DPO Muhammad Faisal Kamran said that the police would use traditional and modern methods after registering serious and other cases.  The police arrested the accused and present them in the court.  The police use all their resources and energies in punishing the accused using their best abilities like a case. 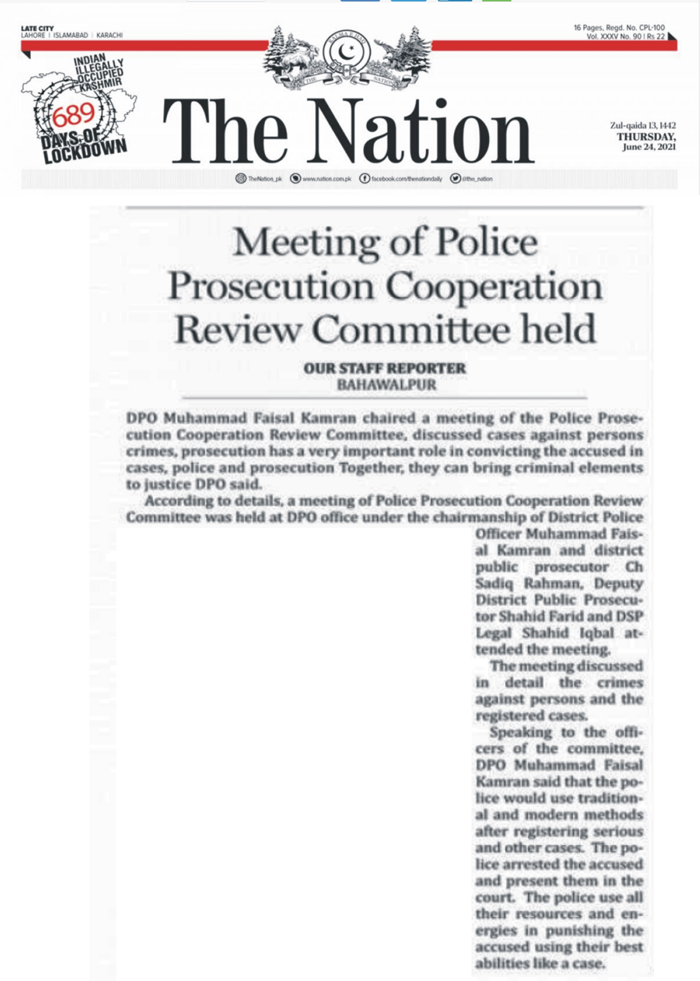