“Political interference is one of the biggest hurdles in enforcement of police reforms,” former inspector general of police Tariq Khosa said on Friday.

He was concluding a two-day seminar organised by the Police Department. The seminar, titled Policing Challenges and Response: Issues and Way Forward, was at Garrison Auditorium in Bahawalpur Cantonment.

Khosa said reforming the police was necessary. “Policing methods should be updated according to modern day standards. In my 40 years of police service, governments used police for their political agendas. This culture must change.”

“If political interference is curbed, the Police Department will perform better,” he said.

He said there should be no delay in registration of FIRs. “But arresting someone without evidence is not right,” he said. He said the seminar would bring police and Pakistan Army close. “By working together, both of these institutions can ensure better implementation of the National Action Plan.”

“The collaboration between Pakistan Army and the police during Operation Zarb-i Azb is appreciable,” he said.

RPO Ehsan Sadiq thanked the Police Department, military and civil officials for participating in the seminar.

“Such events are part of a feedback mechanism and bring various departments closer to one another,” he said. 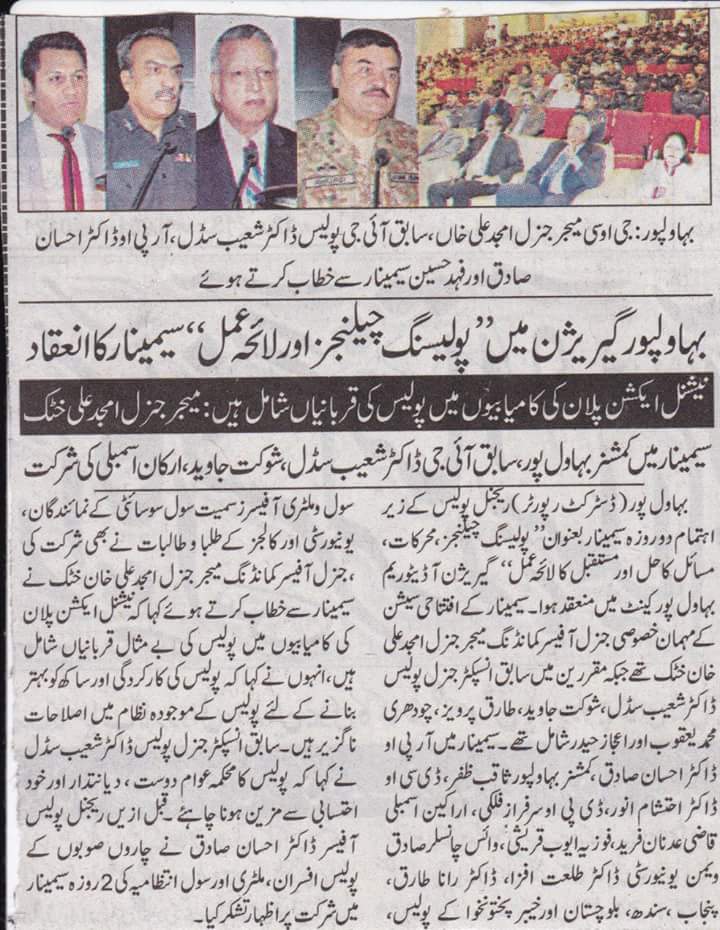