The district police officer met bank managers from the district for a meeting on Thursday at the Bahawalpur Police Lines Recreation Hall. There, he assured them that the police would take all possible steps to provide tight security to the banks, DPO Sarfraz Ahmad Falki said.

The DPO said considering the current security situation in the country, several steps were being taken to provide security at banks. He said the banks were also required to take certain steps in order to ensure that no untoward incident occurs.  He requested the managers to hire security guards. “They must be briefed about their duties…their weapons must be in order and they should be trained in how to handle firearms and should have complete knowledge of the firearms they are given.” He said the surveillance cameras installed in and outside the banks should be functional. “All banks must have complete security footage and records so that the police can acquire video footage if necessary.”

He said managers, too, could play an active role in ensuring fool proof security at their banks. “You can achieve better results by paying a little more attention to security along with routine matters and can assist the police in security matters by keeping a strict eye on the people visiting the banks.”

The managers of bank branches, which weren’t too secure, would have to step up efforts and ensure that they complied with the advice offered by the DPO. “If despite our notices, a branch’s security arrangements are not sufficient, we will be forced to take action against the management according to law.” 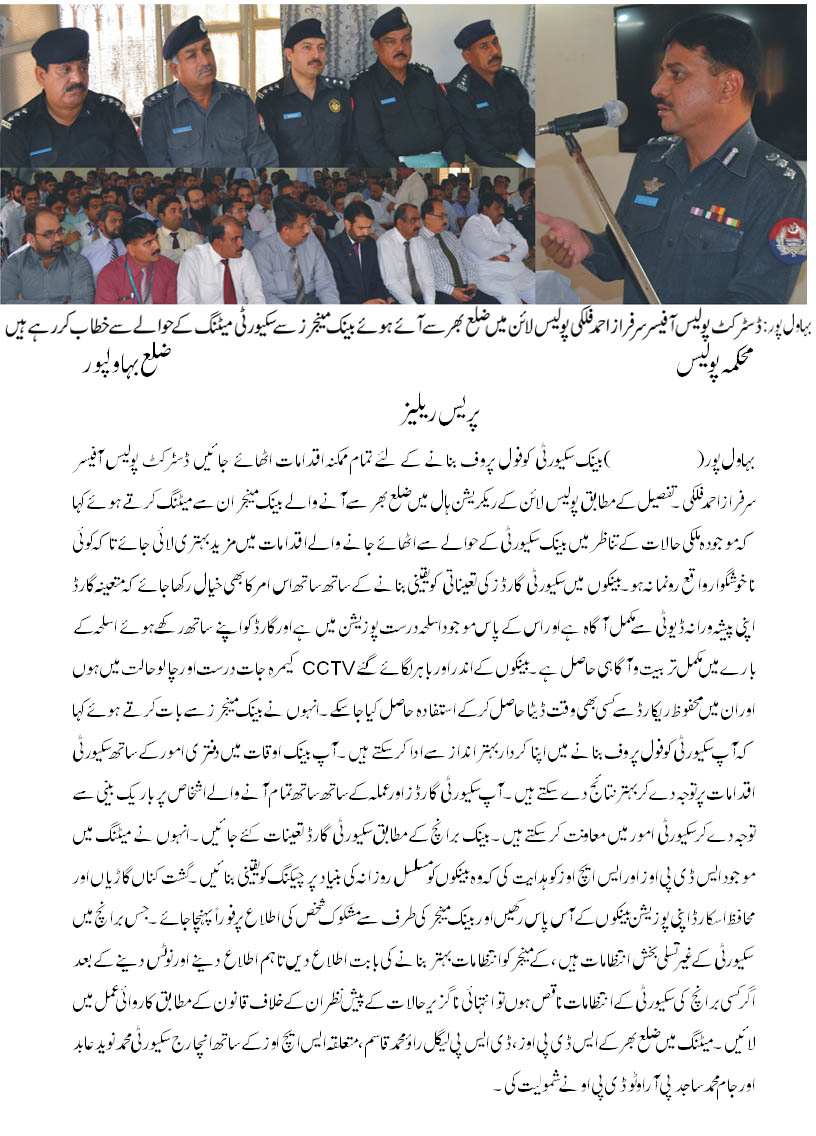