Bahawalpur - In a case of  acid throwing 5 persons including minors were affected at Musafer Khana police station area.

A case was registered and the main accused involved in the incident was arrested According to the details, the police station was informed at around 1 pm that a man had thrown acid on a woman and children in Mouza Jalala Abad.   Upon receiving the report of the incident, ASP President Circle arrived at the spot with a heavy contingent of police while teams from Crime Scene Unit and Forensic Science Agency also reached the spot. 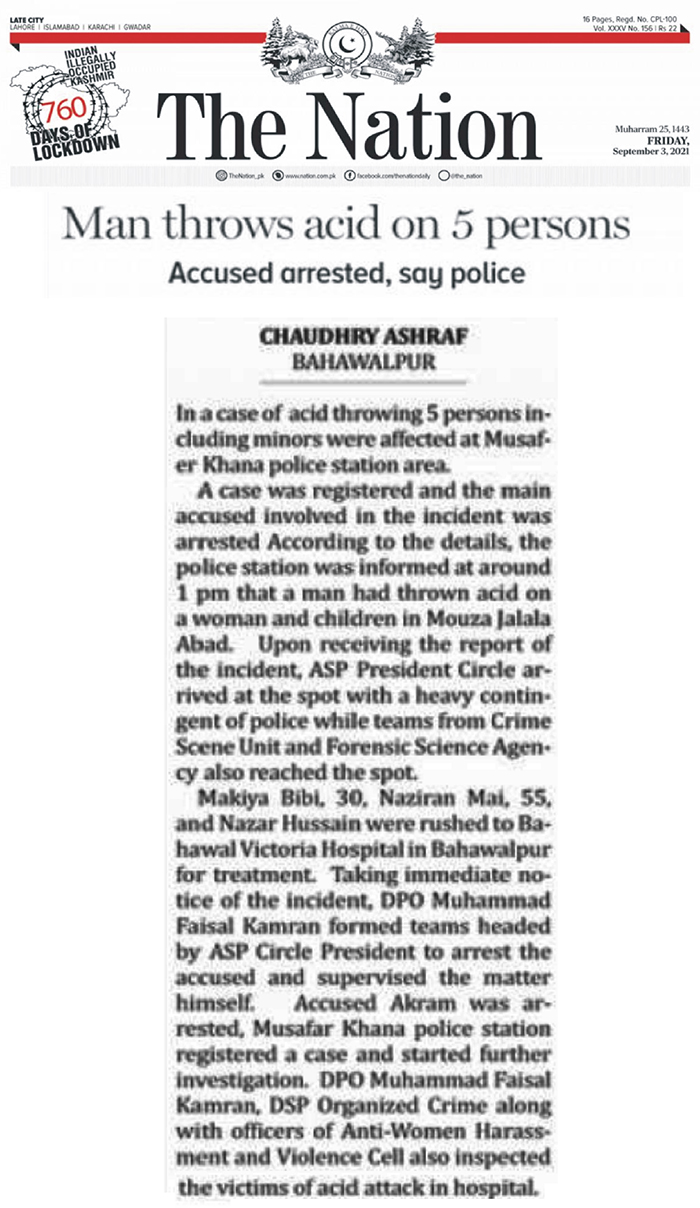