SDPOs visited the circles to check the security arrangements of mosques and Imambargahs on the occasion of Jamaat-ul-Mubarak. DPO Muhammad Faisal Kamran said negligence will not be tolerated while on duty. According to details, Inspector General of Police Inam Ghani and Additional Inspector General of Police South Punjab Capt (Retd) Zafar Iqbal Awan following the orders of DPO Muhammad Faisal Kamran checked arrangements regarding Jumat-ul-Mubarak.

All the SDPOs visited their respective circles to check the security arrangements of mosques and Imambargahs on the occasion of Jumat-ul-Mubarak.

The DPO in its message said that protection of life and property of the citizens and establishment of law and order in the district is among the first duty and any negligence will not be tolerated in this regard.

DPOz and SHOs were instructed to conduct effective patrols and security arrangements in their respective areas. 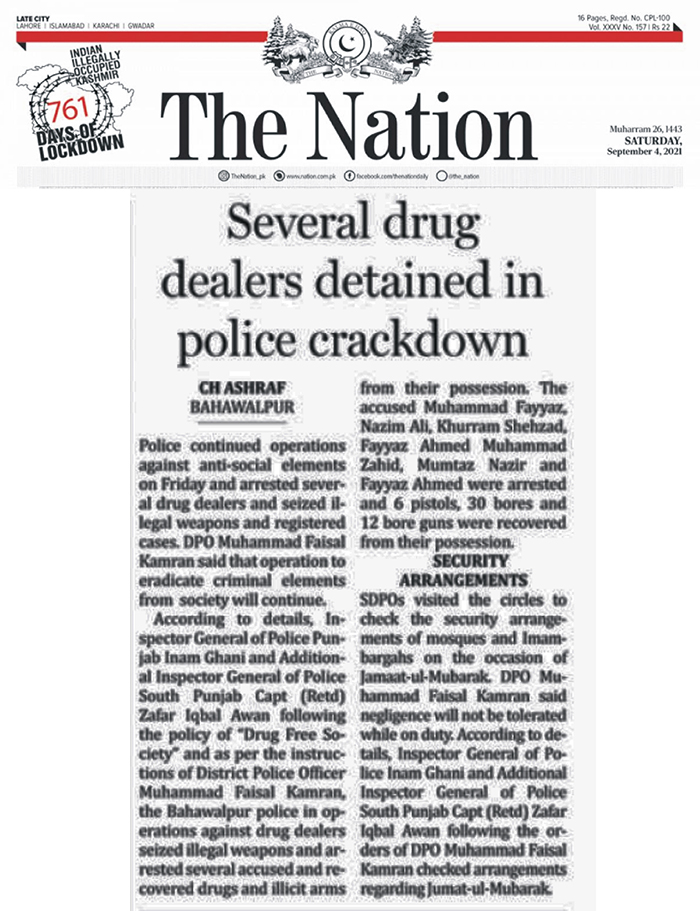