The entire network will be exposed, he said.

According to details, the operation against drug trafficking is among the priorities as per the instructions issued by Inspector General of Police Punjab Rao Sardar Ali Khan.  Cannt police arrested the accused in a major operation against drugs and recovered lakhs of rupees worth of cannabis and lakhs of rupees. Abdul Latif was arrested, from whose possession8 kg 400 grams of cannabis and 340 grams of crystal ice were recovered, while Rs 4,01,310 was also recovered from the accused.  A  motorcycle was also seized.

A case has been registered against the accused, DPO Muhammad Faisal Kamran appreciated the performance of SHO and his entire team. 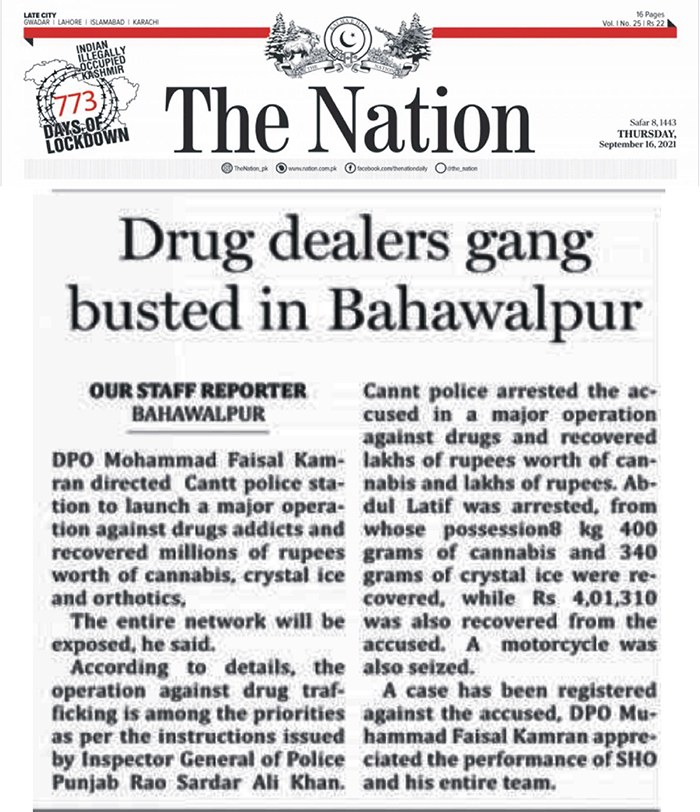