The meeting learned the jeep rally would be like a festival at divisional and as well as district levels here. The events include a bike race, fireworks, illumination of the historic Derawar Fort and its adjacent buildings, air show, food street, an exhibition of local handicrafts, camel race, paragliding show, musical night, sports events at the desert and a marathon race.

Food streets would continue for a week in the three districts. A pre-event rehearsal would also be carried out at all three district headquarters.

ACS Zafar, who has been earlier posted here as divisional commissioner, said the jeep rally was in fact a positive source of the projection of the country’s soft image at the international level and as such all available resources should be utilized.

Additional IG Awan informed the meeting that to provide foolproof security and traffic management plan, comprehensive measures would be taken by the police and other law-enforcing agencies. 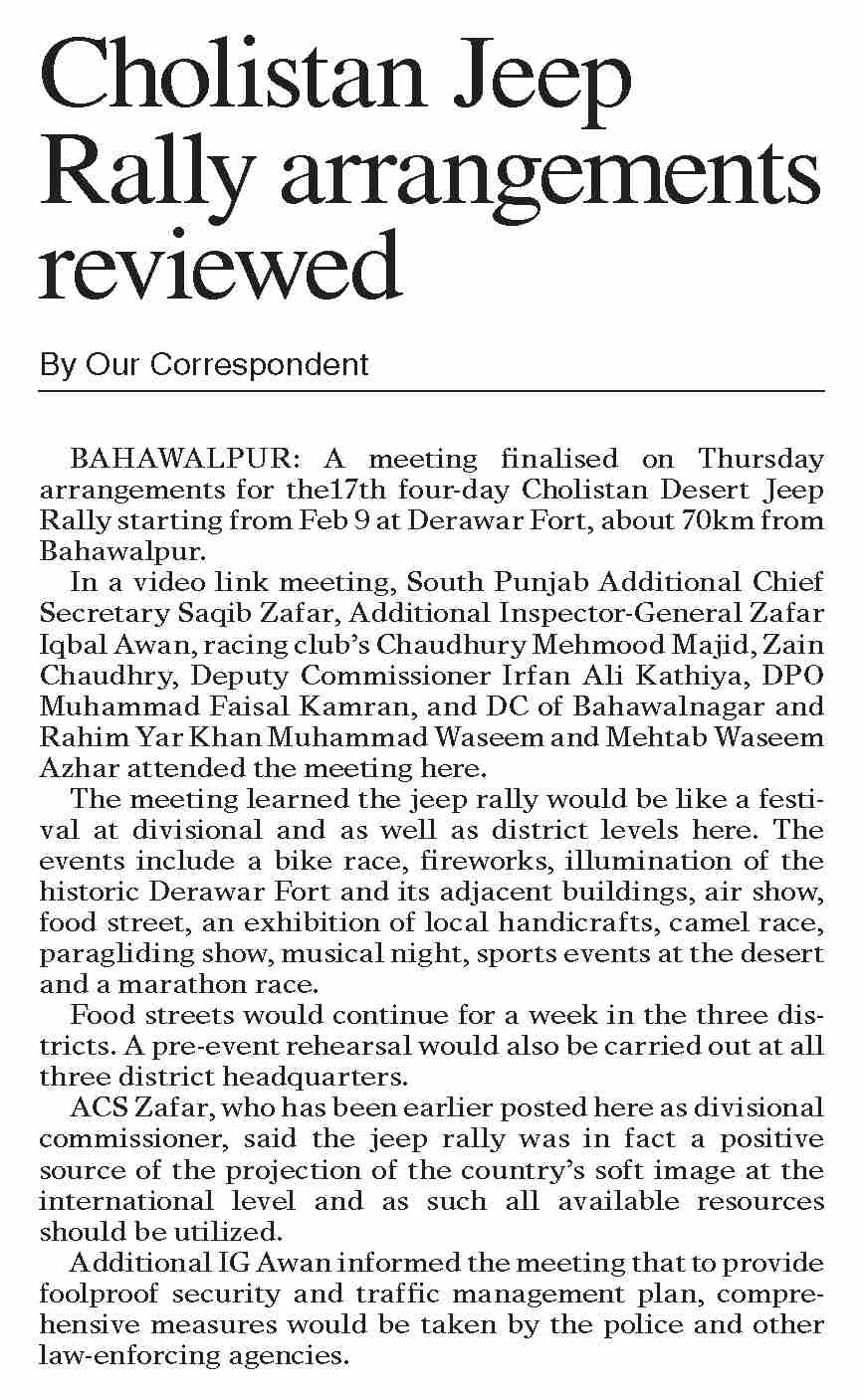