BAHAWALPUR-Modern facilities including Information Technology Control Room, Front Desk Control Centre, Conference Room, Command and Control Centre and Media Cell were launched at DPO Office Bahawalpur.
Regional Police Officer Idrees Ahmad and District Police Officer Ashfaq Khan inaugurated the facilities. IT Control Room has been connected to the front desks established in 24 police stations throughout the district, in this way Front Desk staff and police station can monitor records through Record Management System. Similarly, tenants' records present in the Police Stations and through Hotel Eye System all people coming into the hotels can be monitored in IT Room.
In the inauguration ceremony, Citizen Liaison Committee President Rana Tariq, Director Public Relations Rana Ejaz Mehmood, Nauman Haqqi, Anjuman-e-Tajraan President Hafiz Younus, DSPs and Police Station Incharges throughout the city and civil society members were also present.
The RPO said that in the modern age importance of information technology is evident and district police understood the importance of information technology for preserving the Police Station records, complaints, registration of cases and elimination of crime. Positive steps have been taken for the purpose, he said. He congratulated the DPO on the completion of the task. The DPO said that in the newly established Information Technology Room, record of all the police forces had been computerised and with the police officials' transfer, entries can be made online which will develop transparency.
He added that Conference Room and Command and Control Centre had been established on modern lines where computer and multimedia courses will be conducted. With the establishment of IT Section in DPO Office, a modern media cell has also been established where news channels will be monitored for 24 hours.

This news was published in The Nation newspaper. Read complete newspaper of 29-Apr-2017 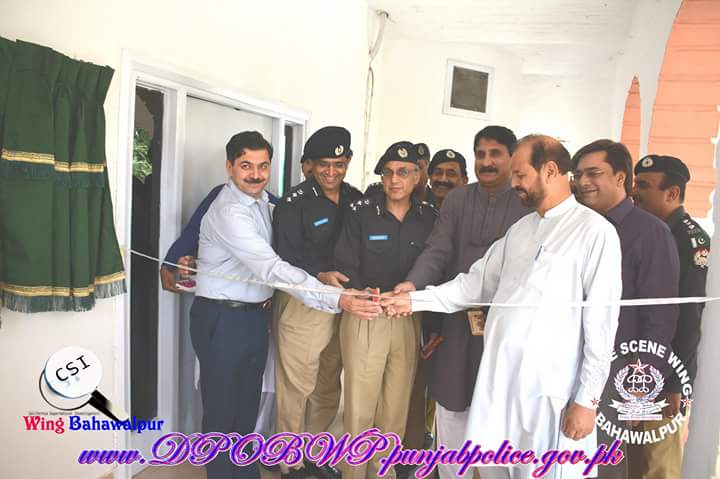