Punjab police chief hasurged the masses to avoid lodging false and baseless FIR against others.A total of 58,000 applications were received by Complaint Centers, IGP Capt (r) Arif Nawaz Khan said, adding that 25 percent of them were total lie and 25 percent others partial lie.He was addressing police darbar at police lines Bahawalpur, on Friday. The provincial police chief observed that 50 percent of our society tells lie while registring FIRs on false and baseless statement, which “damages pure and merit-based investigation”.He wondered why the police force could not get due respect among masses despite the fact that Punjab’s 1,400 personnel lost their lives in the war against terror. “It is a big question why police force is not winning hearts of people while it is fighting against terrorists and providing security to common people,” Khan said.He said that people told him that they had to face harsh attitude of SHO, Moharrar and other police officials whenever, they visit a police station to lodge their complaint. “It is an impression among masses that policepersonnel behave in a rude manner with people,” the IGP added.“When police will respect the people visiting police station to lodge their complaints, it will get back the same love and respect from the masses,” he told the officials.Arif Nawaz Khan also emphasised the need to boost professional capability of police force and living condition standard at police lines and police stations. “There shall be availability of water filters at police station and provision of standard meal at police lines,” he added.He further said police personnel wouldreceive risk allowance along with arrears in the salary they would receive on first of October. He urged senior police officials to launch firing practice of police personnel. The top cop also informed that Bahawalpur police would soon receive olive colour uniform. “Bahawalpur police personnelshould submit their feedback to me after wearing olive colour uniform,” said the IGP, who himself was dressedin olive colour uniform.He appealed to masses to extend theircooperation with police force.Later, IGP Khan distributed certificatesand prizes among police officials. DPOBahawalpur Dr Muhammad Akhtar Abbas, DPO Bahawalnagr Capt (r) Malik Liaquat Ali, and DPO Rahim Yar Khan Zeeshan Asghar were also present on the occasion. –

This news was published in The Nation newspaper. Read complete newspaper of 09-Sep-2017 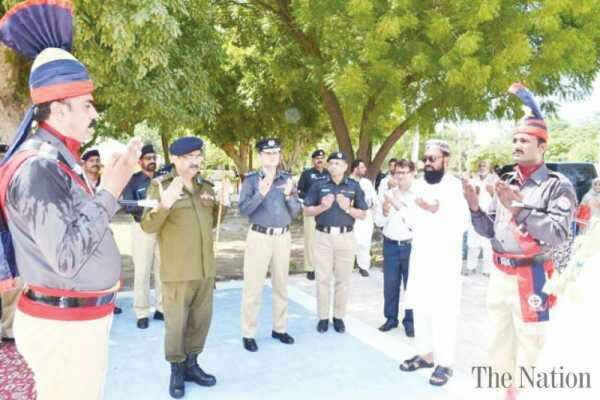