12 Rabiul Awwal: ‘Police all set to provide security to processions’

BAHAWALPUR: District Police Officer (DPO) Mustansar Feroze has said that foolproof security arrangements have been made in Bahawlapur to provide security to processions to be taken out on 12th Rabiul Awwal. He said 84 Milad processions would be taken out in the district.

The DPO added the police had finalised arrangements to ensure peace and order on the occasion.

“Arrangements have been finalised to provide foolproof security to 84 processions being taken out in different areas on the day,” he said.

He maintained that Mehfil-e-Naat would be held at 104 places in the district, while two spots had been declared sensitive where extra security would be provided.

Feroze pointed out 2,100 police personnel would perform security duty on the occasion.

“In addition, volunteers and special police will also perform duty along the route of the processions,” he said.

The DPO elaborated that security cameras had been installed on the routes of the processions and on other important points.

The police official said metal detectors and other security devices would also be used to check people.

Meanwhile, a control room, under the supervision of DSP Legal Kanwar Muhammad Qasim, has been set up at DPO office to monitor security of the processions. 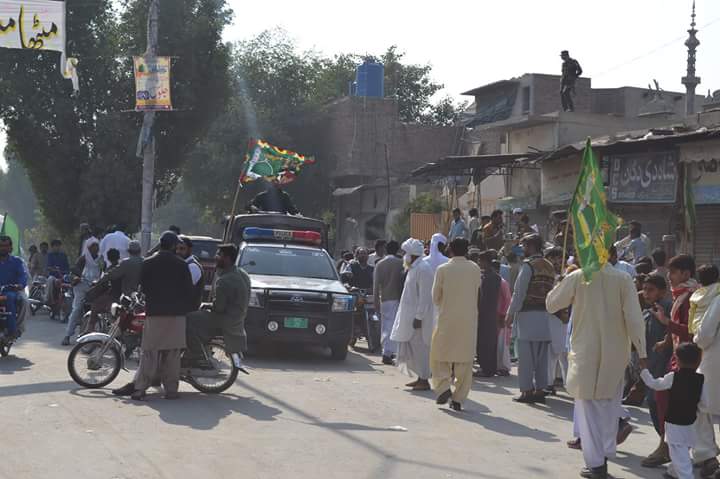